Energy in the UK: Where is our energy made?

Last time, we looked at what energy sources are used to generate power for our homes, vehicles and heating. If you haven’t given that blog a look, feel free to do so here. But that’s only part of the story.

When we turn our lights on, do we really know where our energy is coming from?

50 years ago, coal was our major source of power. Coal power stations came into fashion in the UK around the late 60s and early 70s. Yorkshire’s “Megawatt Valley” on the River Trent is one of our most notable locations for coal power generation.

Since electricity has become our primary energy source, we’ve used a mix of renewables, gas and nuclear power to decrease our reliance on coal.

Our windfarms are usually on high ground, or near the coast. All of our nuclear sites are also on the coast too, which could present questions of limited space in future – there is only so much coastal land available.

Did you know that nearly 60 percent of our energy is imported?

While some of our power is homegrown, nearly 60 percent of our energy is imported. A lot of our gas, for example, comes from Norway and Russia. Our uranium can even come from as far as Kazakhstan. And for our oil, we are relying more and more on OPEC (Organisation of Petroleum Exporting Countries), which is spearheaded by oil giant, Saudi Arabia.

This is a trend that has been growing for a while now. With this switch in energy direction has come the shutdown of our major oil-fired power stations.

As described by Eurostate  ‘energy dependency shows the extent to which an economy relies upon imports in order to meet its energy needs. The indicator is calculated as net imports divided by the sum of gross inland energy consumption plus bunkers’.  In 2015 the UK was 37% dependent on importing its energy.

But renewable energy is on the rise and our coal power plants will be closing soon.

This blog is the second in a three-part graphically-driven series on the British energy sector.

NEXT TIME: WHERE IS OUR ENERGY GOING?

Nobody can predict the future, but people always seem to give it a go. We play a bit of “what if” with the energy sector to see where is our energy going? 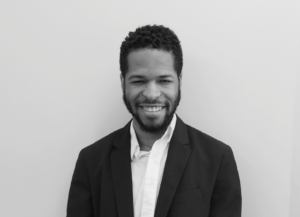 You can follow his blog Written Between the Lines.