Following on from the launch of TDL-LONDON’s new division, Crisis Infographics, we examined how information design has evolved throughout time and how we can apply it to our business.


The concept of using information design to convey ideas is not a new one; in fact, you could argue that it has been apparent throughout human civilization.

The oldest intentional mark-making dates back 40,000 years, with the hand stencil in Sulawesi (fig.1a) and the disks in the El Castillo Cave in Spain (fig.1b) 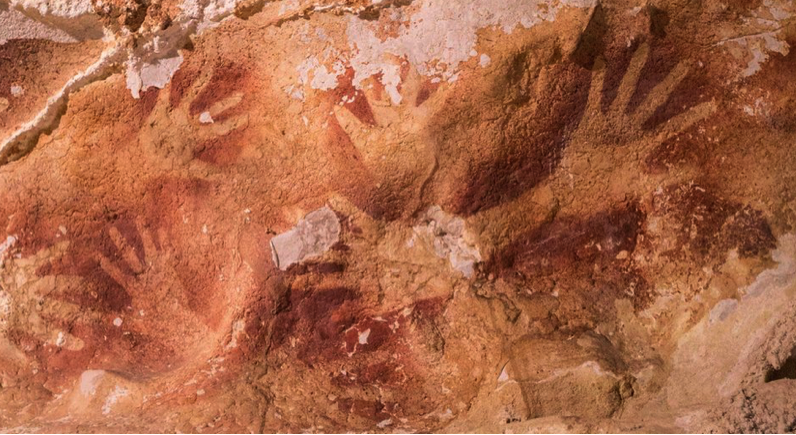 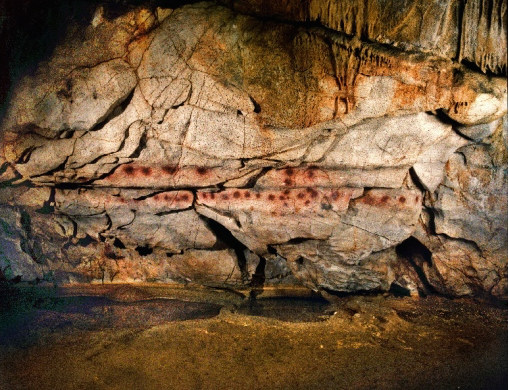 This truly demonstrates the power of iconography; not just to express feelings but to educate.

Education is the key to the recent expansion of TDL into Crisis Infographics. As mentioned in our last blog post, it aims to “explore possible applications of information design in assisting at-risk individuals in emergency situations”. This means directly communicating with and educating at-risk audiences in areas of crisis across the globe.

“Never underestimate your audience… It is not about you anymore. It’s about your audience’s relationship with your content”– Edward Tufte

In order to understand how an effective crisis infographic works, we examined examples through history, and drew comparisons to modern-day alternatives.

The method of air dropping leaflets over enemy territory became popular in WW1, and is still used in modern wartime psychological operations (PSYOP) today. The reasoning behind dropping the leaflets can be roughly sorted into 6 categories;

Fig 2a demonstrates an example of category 2, “surrender”. Dating back to 1944, this leaflet was dropped by the Luftwaffe to persuade allied troops to surrender just ahead of the D-day evacuation. 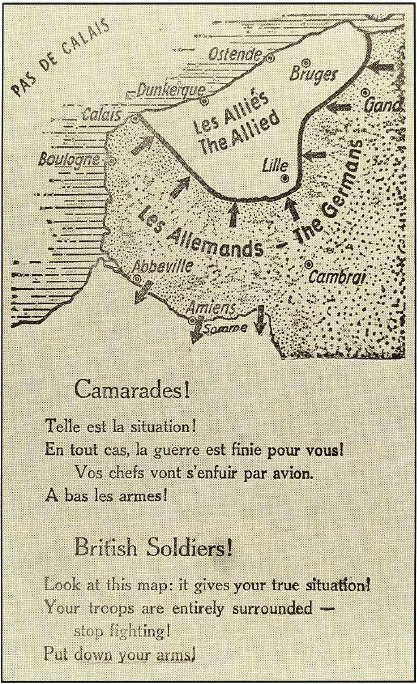 A more recent example of this can be seen in fig 2b- A leaflet dropped in northern Gaza on 13th July 2014. 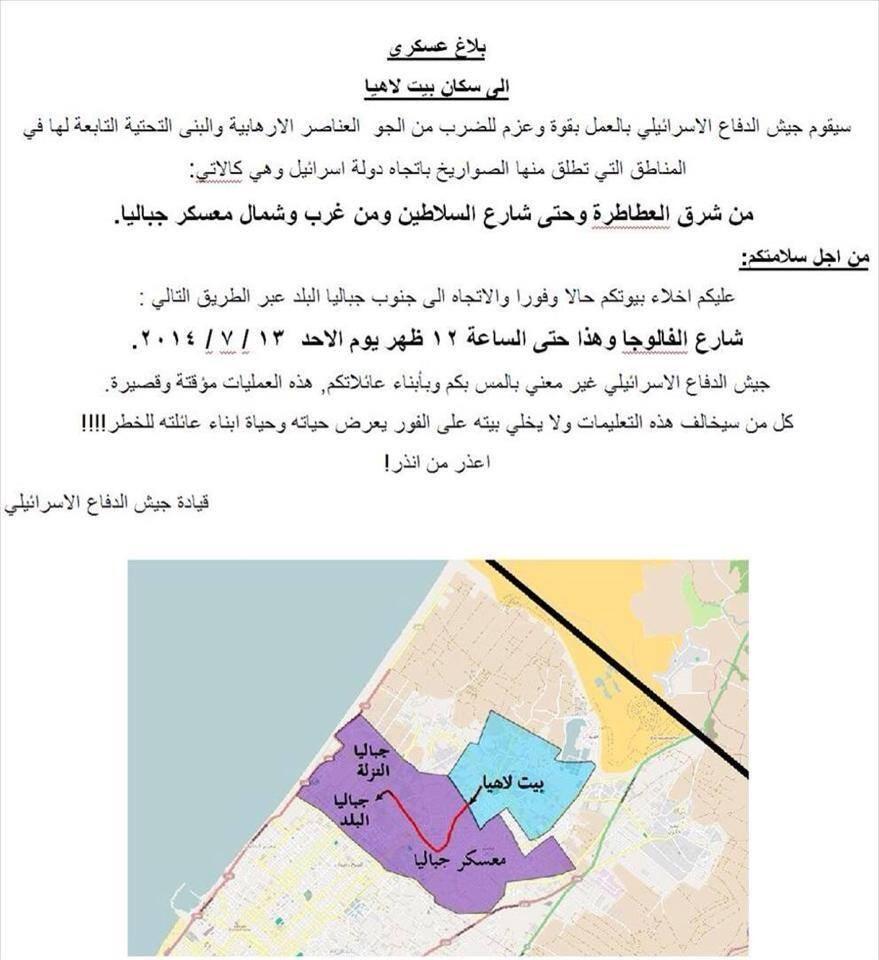 The translation reads “The IDF intends to attack terrorists and terror infrastructures in the area east of Al-Atatra and Al-Salatin St., and in the area west and north of Ma’bscar Jabalyia. Israel is currently attacking, and will continue to attack, every area from which rockets are being launched at its territory. The civilians are requested to evacuate their residences immediately and move by 12:00 PM today, south of Jabalyia Al-Badr via Shar’a Al-Faluja. The IDF’s campaign will be short and temporary, those who fail to comply with the instructions will endanger their lives and the lives of their family.”

Both examples demonstrate the use of information design in a crisis situation. In terms of design development, there has not been drastic changes in the past 70 years; both contain an illustrated map accompanied by an instruction or warning.

TDL crisis infographics is a pioneering communication tool, which will transform PSYOP communications. Purely focusing on humanitarian assistance, TDL can offer a visual and universally informative solution for those affected by warfare. 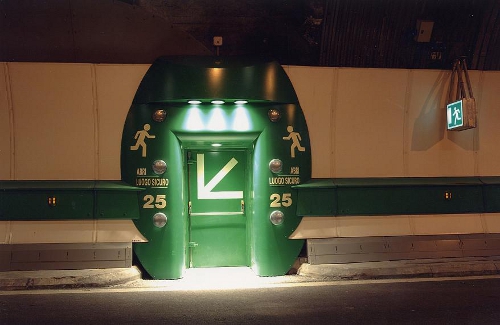 An old version of evacuation graphics can be seen in fig 3b. 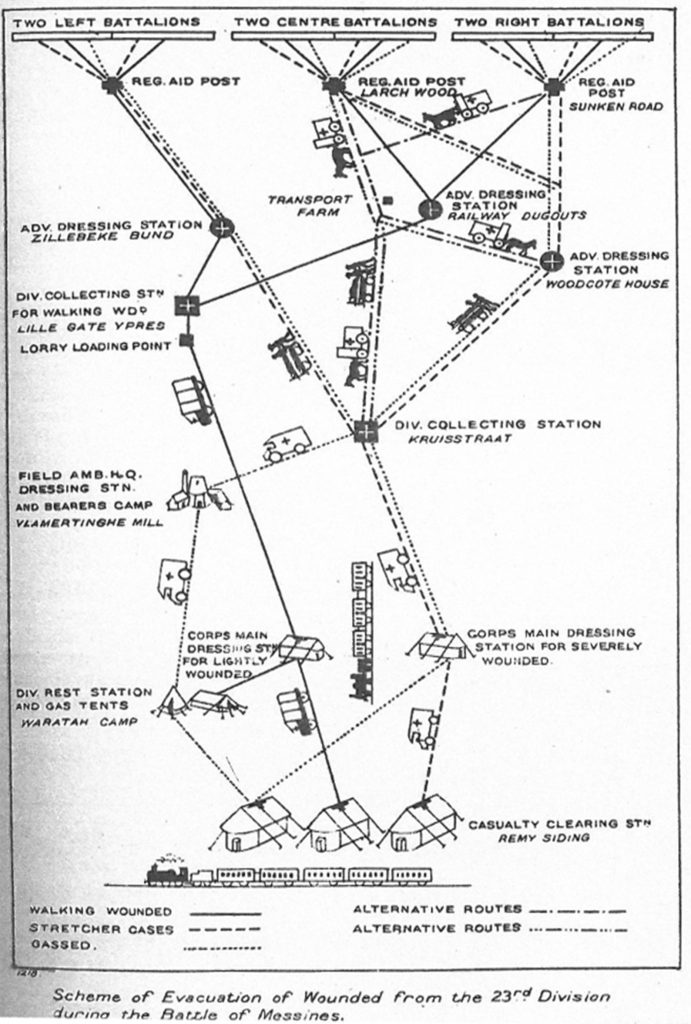 This example, taken from W.G. McPherson, Medical Services of the War: General Services, Vol. II, HMSO: 1923, indicates a scheme of evacuation for the wounded during the battle of Messines. This form of information design would have been studied before the battle, and memorized rather than mass distributed amongst the soldiers.

A more recent example of an evacuation diagram is shown below in fig 3c, the evacuation sign at Gillespie Hall at the UC Irvine campus 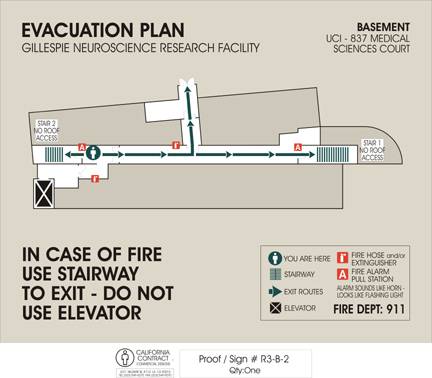 The simplified design lends itself to being read quickly, under pressure- i.e in the event of a fire.

TDL crisis infographics are able to design and produce both types of disaster evacuation plans, for use by the general public.

Another way in which information design can be harnessed to educate those in need is during a disease epidemic. In situations such as these, it is imperative that the public is informed about health risks in the area. This minimizes spreading and ensures that those in danger can identify symptoms quickly.

Fig 4a & 4b demonstrate two posters displayed in New York in 1916. They were distributed in reaction to the widespread polio epidemic in the city.

As you can see, the content is very copy-heavy, with minimal design features. It may have been more effective to use graphic icons and diagrams in place of text in this case, to ensure clear and concise communication. 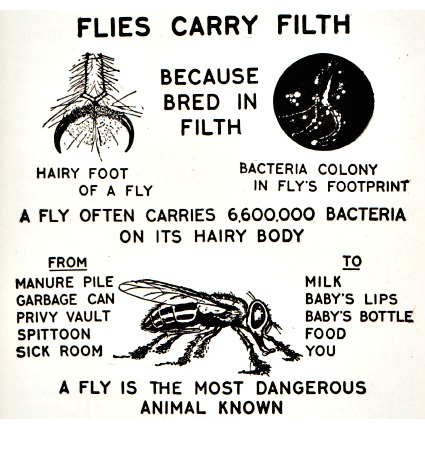 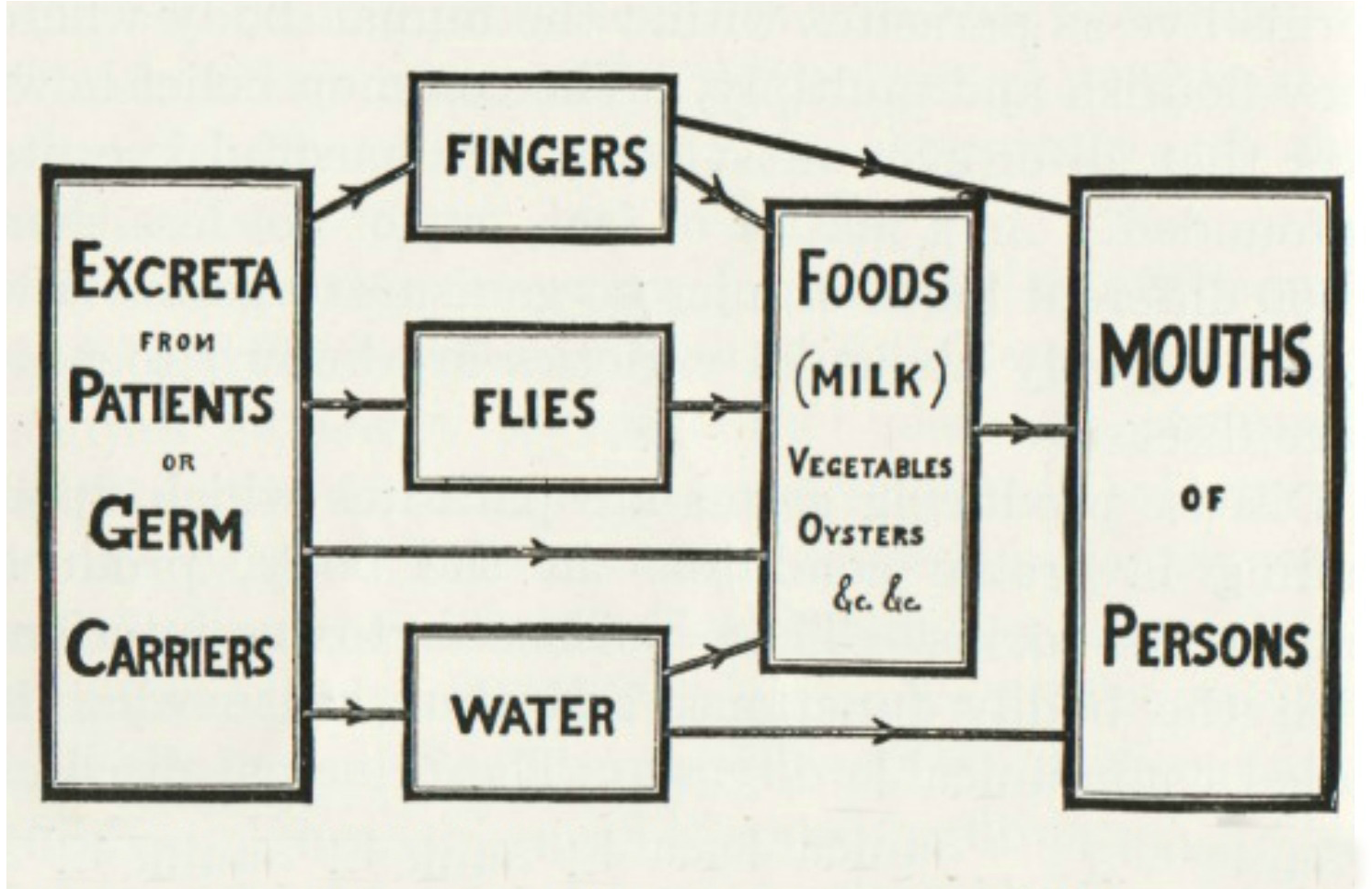 Figure 4c shows how iconography can be successfully incorporated into disease epidemic communications. This poster was designed by the Centers for Disease Control and Prevention and was displayed across disease-stricken areas in West Africa. The poster indicates the three stages of stopping the Ebola outbreak- find, respond and prevent. 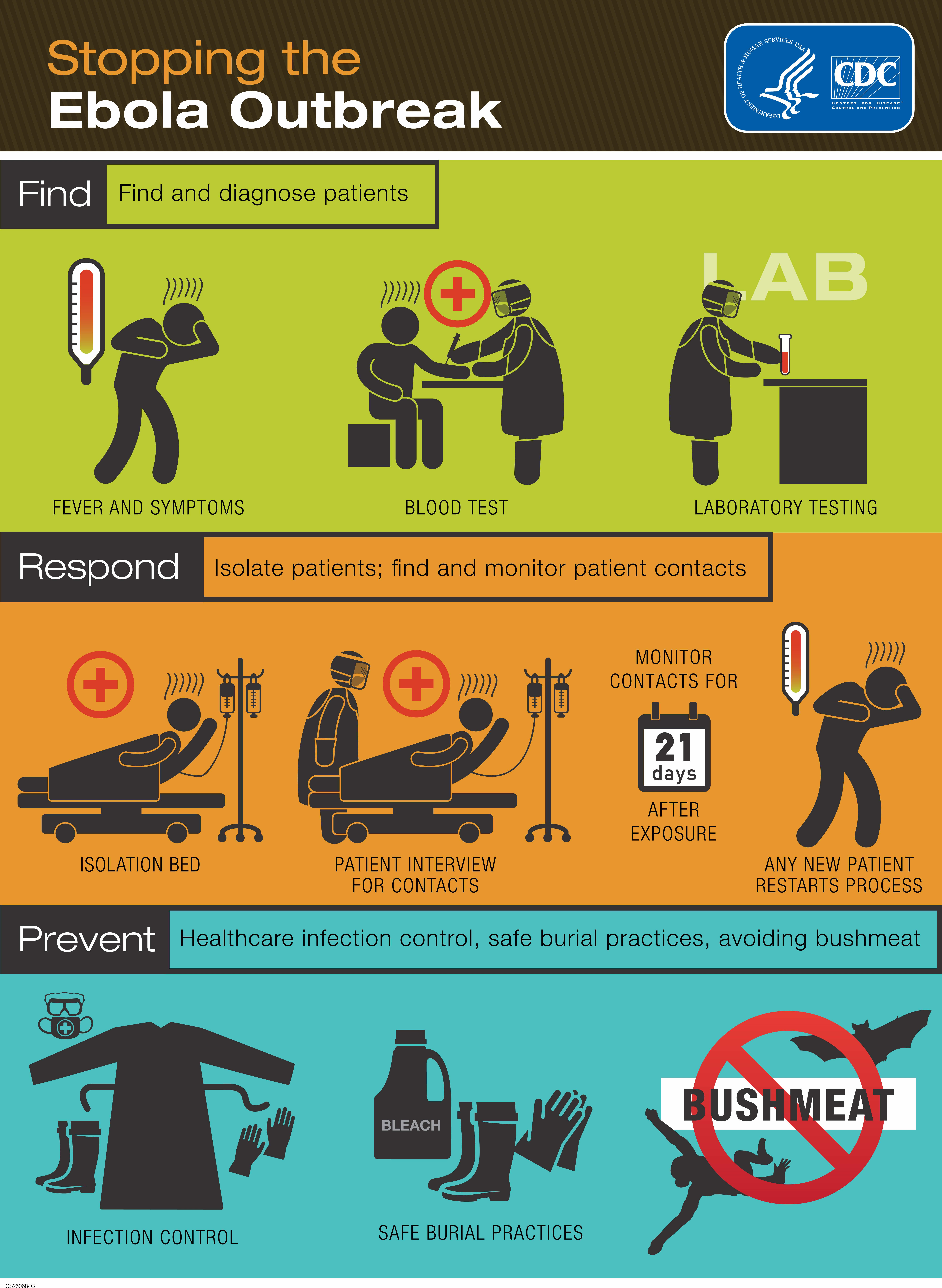 If you want to get in touch about working together, or would like some more information about crisis infographics please email designteam@tdl-london.com or give us a call on 0208 9408213

2a A leaflet dropped by the Luftwaffe to persuade allied troops to surrender, Michael Wills, April 2015
http://www.iowtodunkirk.com/operation-dynamo/